The clinical features may be due to the elevated blood pressure itself, target organ involvement or due to underlying disease, as in secondary hypertension.

Most of the hypertension is associated with elevated blood pressure itself, target organ involvement or due to underlying disease, as in Secondary hypertension. Genetics factor can also play a role in an individual’s development of hypertension - even if the person has no familial history of hypertension. 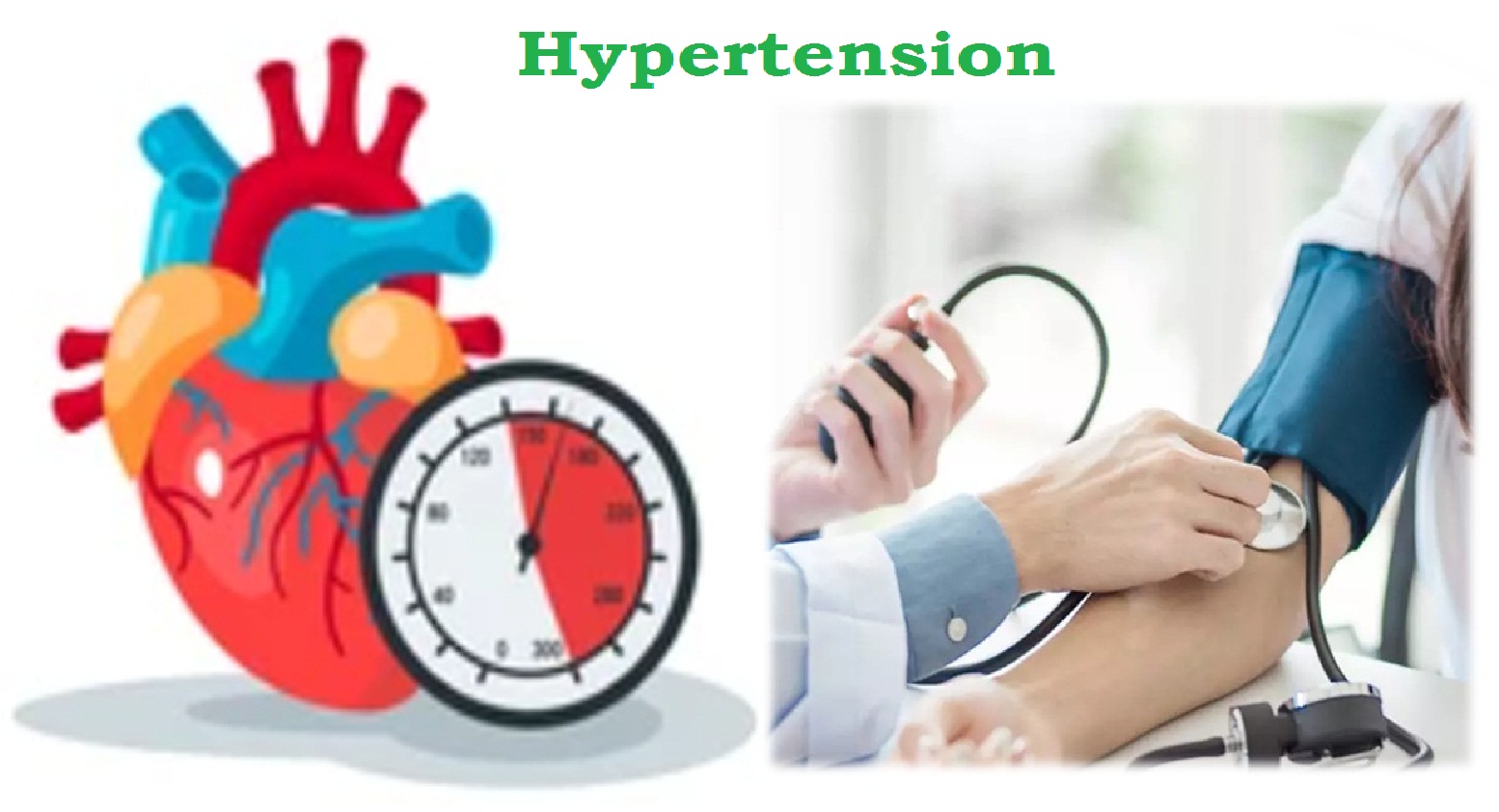 The dividing line between normal and abnormal Blood Pressure is arbitrary because Blood Pressure is dependent upon many factors like age, sex, race etc. Some of the most common risk factors for developing hypertension are as follows:

Most of the Sufferers are asymptomatic and hence the early stages of hypertension are difficult to diagnose. Some of the following investigation can performed for the diagnosis of hypertension:

The excessive pressure on the artery walls caused by high blood pressure can damage blood vessels, as well as organs in the body. The higher blood pressure and the longer it goes uncontrolled, the greater the damage. The common organs damaged by long-standing hypertension are heart, kidneys, blood vessels, retina and central nervous system.

Treatment for high blood pressure includes ongoing care, as well as individual treatments tailored for specific situations and younger age groups, including children and teens. Some of the following medications are used for the treatment of hypertension :

Nifedipine was the commonest used calcium blocker. Now Amlodipine is replacing it. Felodipine, nicardipine, nitrendipine and cilnidipine are other useful calcium blockers. These drugs are especially useful in elderly hypertensives. Flushing, headache, palpitations, oedema and hypotension may occur.

ACE Inhibitors cause regression of ventricular hypertrophy, attenuation of reperfusion injury induced ventricular arrhythmias, preload and afterload reduction and coronary vasodilatation. These drugs have no adverse effects of lipids, uric acid or glucose metabolism. They lower the BP by 15-25%. Diastolic pressure is lowered more than systolic pressure. Concomitant sodium restriction and diuretics further lowers BP by 15-25%.

ACE Inhibitors are useful in renovascular hypertension. High angiotensin II is however required to maintain adequate filtration pressure behind the stenotic lesion. ACE Inhibitors decrease the perfusion pressure and lead to azotaemia. Thus, they are contraindicated in bilateral renal artery stenosis. These drugs are useful in hypertensive diabetics because of neutral effect of carbohydrate metabolism. In addition they decrease microalbuminuria. Captopril also improves insulin sensitivity. It has a short duration of action and is used for cardiac failure. Enalapril, lisinopril, perindopril, ramipril, etc. are longer acting ACE inhibitors and useful in hypertension. Tissue specific ACE inhibitors like Quinapril, Ramipril, Perindopril, Fosinopril are available.

Lifestyle changes can help to control and prevent high blood pressure. These have been practice over the years, even when no drugs were available and their value established. They help to control hypertension in some, but are useful as adjutants to drug treatment in almost all patients. They include the following:

As per the guidelines, the patients who are clinically assigned to be mild /asymptomatic are recommended for home isolation. Asymptomatic Cases; mild cases of COVID-19 The asymptomatic cases are laboratory confirmed cases not experiencing a...( read more )
Novel Coronavirus (COVID-19) Infection : Sign & Symptoms, Transmission, Risk factors, Diagnosis, Complication, Treatment and Prevention….

2019 Novel Coronavirus (2019-nCoV) is a virus (more specifically, a coronavirus) identified as the cause of an outbreak of respiratory illness first detected in Wuhan, China. Early on, many of the patients in the outbreak in Wuhan, China reportedl...( read more )