Adenosine Deaminase (ADA) is an endogenous tissue enzyme widely distributed in mammalian tissues, particularly in T lymphocytes. It is released into the serum of the patients with different types of malignancies and infections. It is associated with lymphocytic proliferations & differentiation and is a marker of cell mediate immunity. Two isoforms ADA1 & ADA2; ADA2 is the major contributor to the total ADA seen in TBM. Increased levels of ADA are found in various forms of tuberculosis, making it a marker for the same. The adenosine deaminase (ADA) test is not a diagnostic test, but it may be used along with other tests such as pleural fluid analysis, Acid-fast Bacillus(AFB) smear & culture, and/or tuberculosis molecular testing to help determine whether a person has a Mycobacterium tuberculosis infection of the lining of the lungs. 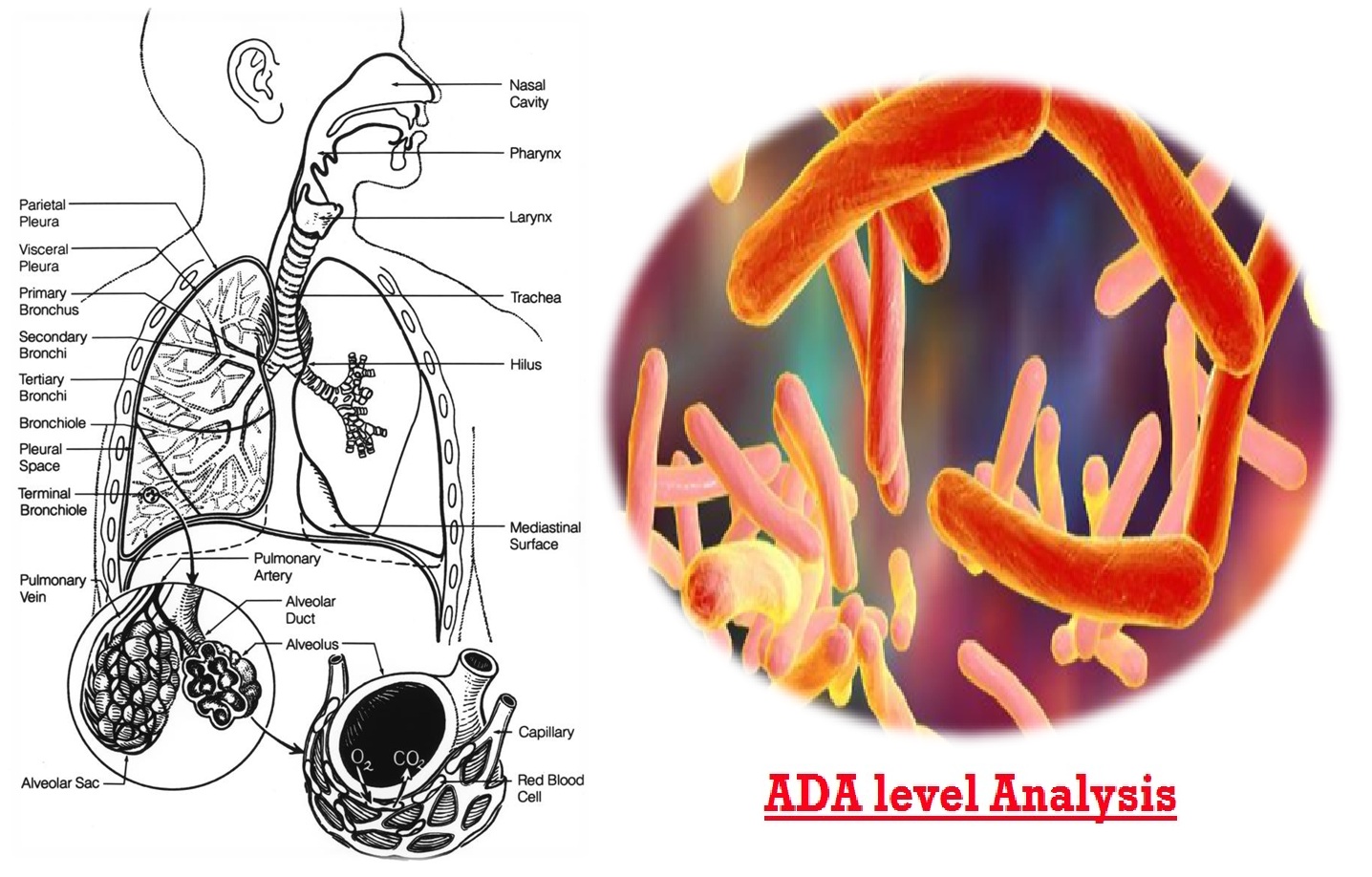 A culture is considered the "gold standard" for diagnosis of tuberculosis and guiding treatment, but it may take several days to weeks to complete. Molecular testing and the AFB smear are rapid tests, but they require that a sufficient number of bacteria be present in the fluid to detect them. Pleural fluid presents a unique problem with detecting M. tuberculosis because there may be a large volume of fluid with a very low number of bacteria present. Though the ADA test is not definitive, it is a rapid test and may be elevated even when there are few bacteria present. ADA results may be used to help guide treatment until results from a culture are available. The ADA test is used as an adjunct test to help rule in or rule out tuberculosis in pleural fluid. Though ADA is also increased in various infectious diseases like infectious mononucleosis, typhoid, viral hepatitis, initial stages of HIV, and in cases of malignant tumors, the same can be ruled out clinically.

It is recommended that each laboratory establish its own normal range representing its patient population.

Adenosine deaminase hydrolyzes adenosine to ammonia and inosine. The ammonia formed further reacts with a phenol and hypochlorite in an alkaline medium to form a blue indophenol complex with sodium nitroprusside acting as a catalyst.The intensity of the blue colored indophenol complex formed is directly proportional to the concentration of ADA present in the specimen. 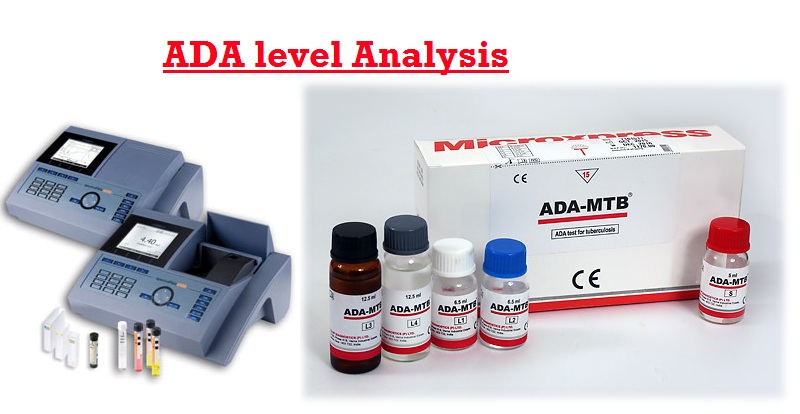 Collect the specimen prior to use of antimicrobial agent. Wherever possible, indicate clearly that patient is on antitubercular drugs.

Conscious about Interpretation of Result

For Reagent not working

As per the guidelines, the patients who are clinically assigned to be mild /asymptomatic are recommended for home isolation. Asymptomatic Cases; mild cases of COVID-19 The asymptomatic cases are laboratory confirmed cases not experiencing a...( read more )
Novel Coronavirus (COVID-19) Infection : Sign & Symptoms, Transmission, Risk factors, Diagnosis, Complication, Treatment and Prevention….

2019 Novel Coronavirus (2019-nCoV) is a virus (more specifically, a coronavirus) identified as the cause of an outbreak of respiratory illness first detected in Wuhan, China. Early on, many of the patients in the outbreak in Wuhan, China reportedl...( read more )