2019 Novel Coronavirus (2019-nCoV) is a virus (more specifically, a coronavirus) identified as the cause of an outbreak of respiratory illness first detected in Wuhan, China. Early on, many of the patients in the outbreak in Wuhan, China reportedly had some link to a large seafood and animal market, suggesting animal-to-person spread. However, a growing number of patients reportedly have not had exposure to animal markets, indicating person-to-person spread is occurring. At this time, it’s unclear how easily or sustainably this virus is spreading between people. The latest situation summary updates are available on CDC’s web page 2019 Novel Corona virus, Wuhan, China.
Coronaviruses are a large family of viruses that are common in many different species of animals, including camels, cattle, cats, and bats. Rarely, animal coronaviruses can infect people and then spread between people such as with MERS, SARS, and now with 2019-nCoV.
CDC is closely monitoring an outbreak of respiratory illness caused by a novel (new) coronavirus (named “2019-nCoV”) that was first detected in Wuhan City, Hubei Province, China and which continues to expand. Chinese health officials have reported tens of thousands of infections with 2019-nCoV in China, with the virus reportedly spreading from person-to-person in parts of that country. Infections with 2019-nCoV, most of them associated with travel from Wuhan, also are being reported in a growing number of international locations, including the United States. Some person-to-person spread of this virus outside China has been detected.

The United States reported the first confirmed instance of person-to-person spread with this virus on January 30, 2020. On January 30, 2020, the International Health Regulations Emergency Committee of the World Health Organization declared the outbreak a “public health emergency of international concern external icon” (PHEIC). On January 31, 2020, Health and Human Services Secretary Alex M. Azar II declared a public health emergency (PHE) for the United States to aid the nation’s healthcare community in responding to 2019-nCoV. Also on January 31, the President of the United States signed a presidential “Proclamation on Suspension of Entry as Immigrants and Nonimmigrants of Persons who Pose a Risk of Transmitting 2019 Novel Coronavirus external icon“. These measures were announced at a press briefing by members of the President’s Coronavirus Task Force external icon.
Chinese health authorities were the first to post the full genome of the 2019-nCoV in Gen Bank external icon, the NIH genetic sequence database, and in the Global Initiative on Sharing All Influenza Data (GISAID external icon) portal, an action which has facilitated detection of this virus. CDC is posting the full genome of the 2019-nCoV viruses detected in U.S. patients to GenBank as sequencing is completed. 2019-nCoV is a betacoronavirus, like MERS and SARs, both of which have their origins in bats. The sequences from U.S. patients are similar to the one that China initially posted, suggesting a likely single, recent emergence of this virus from an animal reservoir. Early on, many of the patients in the outbreak of respiratory illness caused by 2019-nCoV in Wuhan, China had some link to a large seafood and live animal market, suggesting animal-to-person spread. Later, a growing number of patients reportedly did not have exposure to animal markets, indicating person-to-person spread. Chinese officials report that sustained person-to-person spread in the community is occurring in China. Person-to-person spread has been reported outside China, including in the United States and other countries. Learn what is known about the spread of newly emerged coronaviruses.

The initial cases were associated with a seafood market in Wuhan where live animals were sold. This suggested a possible animal reservoir for this virus and suggested zoonotic (animal to human) transmission. Later on, environmental samples obtained from this market were found to be positive for 2019-nCoV, strengthening the hypothesis that this is a zoonotic virus. However, whilst the virus was found to have originally started among infected animals, most of the subsequently reported cases were shown to be caused by human-to-human transmission.
Beta-coronaviruses have caused major epidemics in the last 2 decades. In 2003, SARS-CoV was discovered in China before being spread globally, infecting 8,098 people and killing 774. This was later found to be zoonotic in origin and thought to have started amongst a bat reservoir before later infecting wild civet cats and raccoon dogs that were being sold at live wild animal markets destined for human consumption. In 2012, MERS-CoV was discovered in Saudi Arabia before also spreading globally resulting in 2506 confirmed cases and killing 862 people worldwide. Again, this started as a zoonotic virus, shown to move from camels to humans and again thought to have initially emerged from bats. Imported cases of 2019-nCoV infection in travelers have been detected in the U.S. Person-to-person spread of 2019-nCoV also has been seen among close contacts of returned travelers from Wuhan, but at this time, this virus is NOT currently spreading in the community in the United States.

India reported the first confirmed case of the coronavirus infection on 30 January 2020 in the state of Kerala. The affected had a travel history from Wuhan, China. Two more cases were also confirmed in Kerala and are reported to be clinically stable. The Indian government arranged for the evacuation of 366 Indian citizens from Wuhan in a special Air India flight on 31 January 2020. The passengers are placed under quarantine for a period of 14 days. A second batch of 330 passengers, including seven Maldivan citizens evacuated by the government, arrived from Wuhan on 01 February 2020. All the passengers are currently being monitored. Thermal screening has been installed at all major international airports in India, including those in Delhi, Mumbai, Kolkata, Chennai, Bengaluru, Hyderabad, and Cochin. As of 06 February 2020, 138,750 passengers from 1,265 flights have been screened at various Indian airports.

Travellers displaying symptoms of the infection are being separated by the Ministry of Health & Family Welfare’s Integrated Disease Surveillance Programme (IDSP) and directed to isolation facilities. The IDSP has been testing their samples. The Ministry of Health announced on 06 February, 2020 that all 645 evacuees from Wuhan tested negative. Two quarantine centres have been set-up to isolate any passengers showing symptoms of the infection. One centre is located at Manesar, Haryana, and is managed by Armed Forces Medical Services, while the second is located at Chawla Camp in Delhi and is managed by Indo-Tibetan Border Police (ITBP).

The National Institute of Virology, Pune, and ten other laboratories under the Indian Council of Medical Research’s (ICMR) Viral Research and Diagnostics Laboratories network are equipped to test samples.
The ICMR has tested 510 samples as of 06 February, 2020  of which three tested positive. The Indian government issued a travel advisory on 17 January 2020 to the general public to refrain from travelling to China and avoid contact with anyone with travel history to China since 15 January 2020. The government also temporarily suspended e-Visa facility for Chinese passport holders and noted that already issued e-Visas are temporarily invalid. Online application for physical visa from China has also been suspended. Any persons trying to visit India under compelling circumstances have been advised to contact either the Indian embassy in Beijing or the Indian consulate in Shanghai or Guangzhou.

Much is unknown about how 2019-nCoV, a new coronavirus, spreads. Current knowledge is largely based on what is known about similar coronaviruses. Coronaviruses are a large family of viruses that are common in many different species of animals, including camels, cattle, cats, and bats. Rarely, animal coronaviruses can infect people and then spread between people such as with MERS, SARS, and now with 2019-nCoV.
Most often, spread from person-to-person happens among close contacts (about 6 feet). Person-to-person spread is thought to occur mainly via respiratory droplets produced when an infected person coughs or sneezes, similar to how influenza and other respiratory pathogens spread. These droplets can land in the mouths or noses of people who are nearby or possibly be inhaled into the lungs. It’s currently unclear if a person can get 2019-nCoV by touching a surface or object that has the virus on it and then touching their own mouth, nose, or possibly their eyes. Typically, with most respiratory viruses, people are thought to be most contagious when they are most symptomatic (the sickest).
It’s important to note that how easily a virus spreads person-to-person can vary. Some viruses are highly contagious (like measles), while other viruses are less so. There is much more to learn about the transmissibility, severity, and other features associated with 2019-nCoV and investigations are ongoing.

Coronaviruses typically cause common cold symptoms, but two previously identified betacoronaviruses, SARS-CoV and MERS-CoV, can result in severe pneumonia and death. Now, a third human coronavirus linked to serious illness — provisionally called 2019-nCoV — is spreading rapidly around the globe after first being described in Wuhan, China. Three reports describe the clinical and epidemiologic features of some of the first cases of this novel infection. 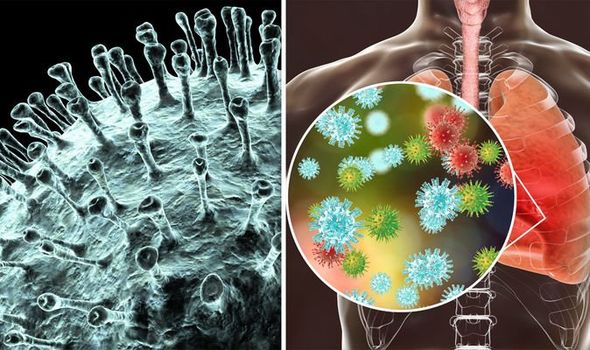 For confirmed 2019-nCoV infections, reported illnesses have ranged from people with mild symptoms to people being severely ill and dying. Symptoms can include:

CDC believes at this time that symptoms of 2019-nCoV may appear in as few as 2 days or as long as 14 after exposure. This is based on what has been seen previously as the incubation period of MERS viruses.

CDC has developed a new laboratory test kit for use in testing patient specimens for 2019 novel coronavirus (2019-nCoV). The test kit is called the “Centers for Disease Control and Prevention (CDC) 2019-Novel Coronavirus (2019-nCoV) Real-Time Reverse Transcriptase (RT)-PCR Diagnostic Panel.” It is intended for use with the Applied Biosystems 7500 Fast DX Real-Time PCR Instrument with SDS 1.4 software. This test is intended for use with upper and lower respiratory specimens collected from persons who meet CDC criteria for 2019-nCoV testing. CDC’s test kit is intended for use by laboratories designated by CDC as qualified, and in the United States, certified under the Clinical Laboratory Improvement Amendments (CLIA) to perform high complexity tests. The test kits also will be shipped to qualified international laboratories, such as World Health Organization (WHO) Global Influenza Surveillance Response System (GISRS) laboratories. The test will not be available in U.S. hospitals or other primary care settings. The kits will be distributed through the International Reagent Resourceexternal icon (IRR).
On Monday, February 3, 2020, CDC submitted an Emergency Use Authorization (EUA) package to the U.S. Food and Drug Administration (FDA) in order to expedite FDA permitted use of the CDC 2019-nCoV Real-Time RT-PCR Diagnostic Panel in the United States. The EUA process enables FDA to consider and authorize the use of unapproved, but potentially life-saving medical or diagnostic products during a public health emergency. The U.S. Secretary of Health and Human Services declared the 2019-nCoV virus a U.S. public health emergency on Friday, January 31, 2020. FDA issued the EUA on February 4, 2020.

There is currently no vaccine to prevent 2019-nCoV infection. The best way to prevent infection is to avoid being exposed to this virus. However, as a reminder, CDC always recommends everyday preventive actions to help prevent the spread of respiratory viruses, including:

There is no specific antiviral treatment recommended for 2019-nCoV infection. People infected with 2019-nCoV should receive supportive care to help relieve symptoms. For severe cases, treatment should include care to support vital organ functions. The Drug Controller General of India has granted approval to the Indian Council of Medical Research to use a combination of lopinavir and ritonavir in the event of the coronavirus infection turning into a public health emergency in the country, reported the Economic Times. Lopinavir and ritonavir have already been approved for the treatment of HIV. People who think they may have been exposed to 2019-nCoV should contact your healthcare provider immediately.